How dangerous is mounting and firing a gun on another human's body part? [closed]

This question is not within the scope of Physics.

This question was closed; new answers can no longer be added. Users with the reopen privilege may vote to reopen this question if it has been improved or closed incorrectly.

I stumbled these pictures on Quora, and I'm assuming they were real. 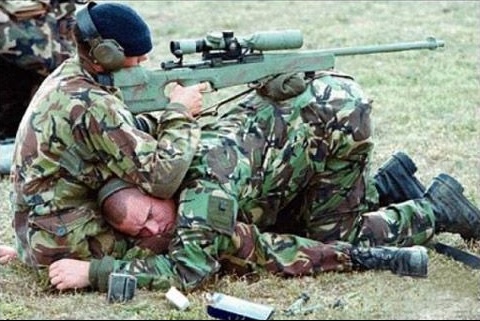 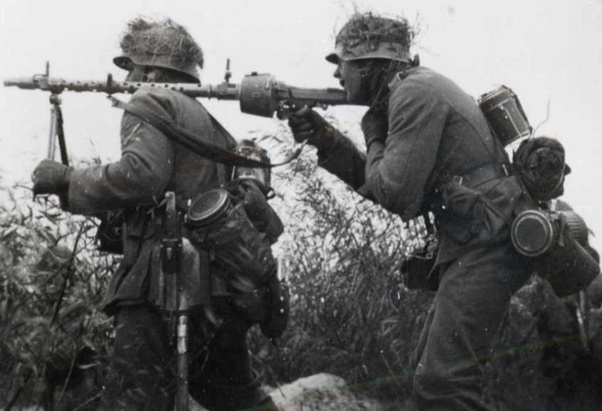 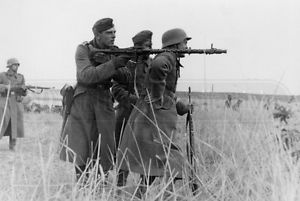 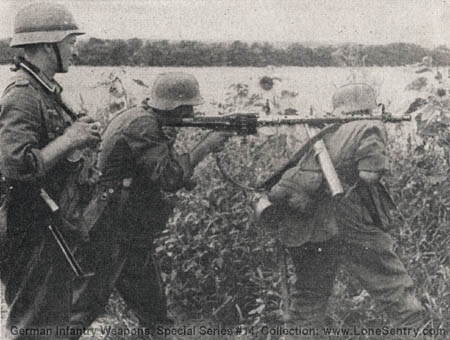 Wouldn't the supporter (person whom gun is mounted on) suffer hearing loss? Wouldn't the barrel burn his ear?

I'm assuming that no human can sit still enough and the supporter will flinch.

VLDR‭
-43 reputation 13 0 -34 24
Permalink History
Why does this post require moderator attention?
You might want to add some details to your flag.
Why should this post be closed?

This looks like something the soldiers are being trained to do, or were trained to do. This means procedures were likely worked out that mitigate most bad effects most of the time. The top picture in particular looks like a training exercise, and both soldiers are wearing obvious hearing protection.

This is probably not as bad as it looks:

Wouldn't the barrel burn his ear?

I don't see any barrels touching ears. In no case is the actual barrel even touching the supporting soldier's garment, and certainly not his skin. In the top picture, it's not the barrel resting on the soldier's back. In the other picture, you can clearly see a perforated heat guard around the actual barrel. I expect those get hot eventually too, but not as hot as the actual barrel. There is also an insulating layer of uniform between that and the skin.

Again, it is doubtful the army wouldn't have established procedures for this to prevent injury if using a second soldier to steady a long barrel is standard practice.

I'm assuming that no human can sit still enough and the supporter will flinch.

Surely the second soldier will try to be as steady as possible. Of course there will be some inevitable movement, but that is still better than having one soldier trying to hold a long-barrel rifle while aiming by himself. If you're worried about flinching as a result of the shot, it doesn't work that way. The bullet will be well past the end of the barrel before human reaction time to the sound.

Olin Lathrop‭
693 reputation 0 31 62 17
Permalink History
Why does this post require moderator attention?
You might want to add some details to your flag.

Featured
How can we grow this community?
The Great Migration is underway